After the whole dangling-out-of-the-crib incident, it should go without saying that lowering the crib mattress was in our immediate future. So before putting Chase to bed on Saturday night we (and by "we" I mean Matt) set out to lower the crib mattress. We (I) thought this would be a quick, easy, 10-min. task. Well, over an hour later (along with one frustrated husband and dad later) we had the mattress lowered. Apparently it's not quite as easy to maneuver under the crib to get all the bolts loosened so that the mattress could be lowered. Anyway. The point is the "problem" is now fixed. 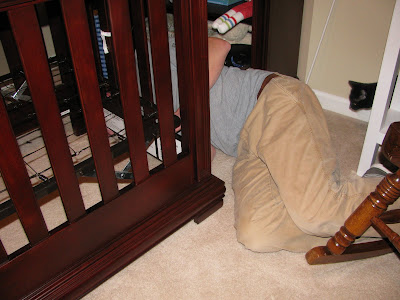 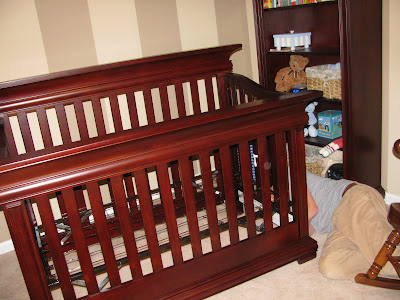 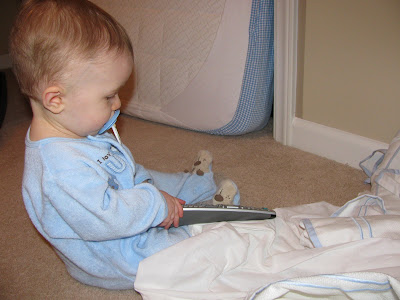 Chase was all over the place so I was pretty busy trying to entertain him. With it being his bedtime he was pretty restless...That is, until I gave in and let him play with one of his favorite "toys": the remote to our bedroom TV. After handing it over to him he was immediately mesmorized. (Noticed the crib bed skirt on the floor on one side of him and the mattress propped up by the closet on the other). 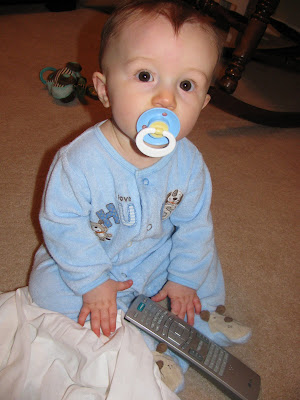